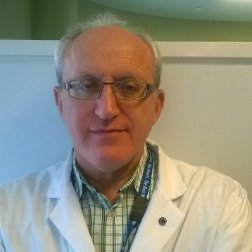 Preview Summary: As of July 2018, we have seen around a 20% uptick in visitors searching for information about prostate massage compared to a year ago. We have no way of knowing whether they are chronic infectious prostatitis people, however through the people who have contacted us, some of which are detailed below, we keep getting the same consistent story - prostate massage/antibiotic regime treatments like Ilya Kaploun practises usually always relieve symptoms, and the patient usually always relapses within an average of 3 to 5 months after cessation of treatment. We believe it is best suited to people who have had infectious genitourinary symptoms for under ~2 months.

Ilya Kaploun RN, has been involved in the treatment of Prostatitis for a long time, dating back to at least the late 1990's where he was involved with Dr A.N. Feliciano, reportedly similar to the arrangement the successive Felicianos had with Dr Polachek in Tucson. Here is a small amount of prostatitis treatment information on Ilya Kaploun's involvement. We present this only as an informative link.

Ilya (ILYA) appears to have qualified as a Doctor in Russia and is often referred to as a Nurse specialist in Canada so presumably he did not locally re-qualify. This is not unusual in many countries, when a qualified Doctor relocates, and often it is the new language rather than medical knowledge that creates the requalifying difficulty.

Nowadays he consults along with Dr. Michael Weinstock privately at The Toronto Prostatitis Care Centre and also works at Mount Sinai Hospital.

This review of Ilya Kaploun is in the information-gathering stages.

Ilya has been doing this work for some time and seen many patients, if you can contribute as a result of treatment you have received from Ilya Kaploun, please contact us on the link in the right-hand menu OR add a comment below.

We have recently corresponded with a prostatitis patient (Oct 2015) who has been going to see Ilya Kaploun for some time and we repeat here what he has said:

"I live in Toronto so Kaploun is convenient. He started me off with drainage once a week for 3 weeks and a cocktail of antibiotics and antifungal medications. Also anti inflammatories (prescription and herbal). He counselled me on diet and lifestyle changes. He is very compassionate, listens, and takes his time to explain all he can about your condition, treatment, and expectations. He never oversells his services and is a very professional medical practitioner"

[This patient nevertheless reports ongoing symptoms which have been lessened by Ilya Kaploun, but the urgency/frequency remains. According to this patient, Ilya doesn't recommend direct injections. Now the problem there is that we already know that prostate massages and antibiotics can affect symptoms positively, but like the Manila Protocol, complete cures are few, which brings us back to the reality that direct injections are the only practical way to obtain a complete resolution of prostate and seminal vesicle infections].

[As we've noted before in these reviews, symptom relief is important, but the patient's best effort must be directed towards practical solutions to get to that hard-to-reach infected prostate, and direct injections is the only treatment that makes sense].

In June 2016 we were contacted by a patient reporting that went to see Ilya Kaploun for an extended time, and that by the time he was finished his condition had improved 90% and now some time later, he has not relapsed. [update. July 2018 we have tried to communicate with this person via the last known contact details, but we have received no reply. We of course are expecially interested in what their condition is now]
You can read what he said under:

"When I first made contact with Dr. Kaploun I told him about my condition and the trouble it had been giving me, having not received much in the way of support from some of the doctors in my own country. He was frank with me, stating that he couldn't make a proper examination of my condition without physically examining me and taking a sample of fluid to analyse himself.

When I had my first consultation with him, we sat down and did an initial assessment of my health, lifestyle, type of work, overall mood, sexual history, etc. This interview is important in order to try and isolate any potential causes of the infection (if you don't know already). He then performed a prostate massage to physically examine the prostate, and found that it was indeed inflamed. During this procedure he also 'milked' the prostate, and took a sample of the fluid from my prostate and examined the amount of white blood cells present in the fluid sample. He confirmed that there was indeed an infection in the prostate, and we sat down again to discuss the treatment plan going forward.

He recommended a period of at least 2 months ongoing treatment, with visits to his clinic twice a week. He then prescribed a plan to administer a cocktail of anti-biotics, supplements, pro-biotics, muscle relaxants and dietary restrictions to help eradicate the infection, and prevent the prostate and muscles in the pelvic area from becoming irritated. He also gave me some lifestyle tips on what sort of activities to stay away from, and above all else, keep my anxiety and depression under control. During the weekly visits, he would perform the prostate massage each time, and collect more fluid samples to see if the treatment plan was working or not.

The types of medications I was on at the time had to be taken at certain intervals during the day, and often directly after meal times. It was a pretty strict regimen, and courses of anti-biotics overlapped with one another. While some courses only lasted for a few weeks, other prescriptions were taken on an ongoing basis.

Dr. Kaploun believes that prostatitis varies from patient to patient, and that there is never one single approach to treating it. As men can develop prostatitis through a number of different ways, Dr. Kaploun believes that the treatment has to be tailored to the patient in order to be effective. He is very knowledgeable and always takes the time to answer any questions you ask truthfully. He did not recommend direct injections into the prostate [edited ED].

I would definitely recommend Dr. Kaploun to other prostatitis sufferers out there. I continued to see ongoing improvement of my condition throughout my time there, and almost one year on, I have minimal to no discomfort or pain anymore. I am confident that he can help other men as well, it's just a shame that this type of treatment is not recognised in other areas around the globe"..

We have had six patients write to us during the course of 2017, they all tell a similar story:

Again, this is in no way a reliable result because it involves few people, however it does fit roughly with the results we've seen for a long time from all the practitioners of prostate massage (pressure, massage, compression; manipulation - however the various patients and treatment providers wish to describe it) along with a tailored antibiotic regime:

All the above Doctors practice a form of prostate massage and a concurrent antibiotic regime.

Considering travelling for Prostate Massage Treatment and want to ask us questions about this?, you can contact us here

© 2021 www.Prostatitis.Support - On this website I tell my Story about dealing with Prostatitis as freedom of expression and opinion. Whatever you read is my personal Story and may bear no relationship to you or your situation. You should always discuss anything regarding your personal health with your professional care provider. www.Prostatitis.support is a participant in the Amazon Services LLC Associates Program, an affiliate advertising program designed to provide a means for sites to earn advertising fees by advertising and linking to Amazon.com, Endless.com, MYHABIT.com, SmallParts.com, or AmazonWireless.com. Amazon, the Amazon logo, AmazonSupply, and the AmazonSupply logo are trademarks of Amazon.com, Inc. or its affiliates. Further, buying from links on this site may result in us earning a commission, from, but not limited to, the eBay Partner Network.