GO TO THE END OF PAGE FOR UPDATES TO THIS ARTICLE

TO THE READER; PLEASE KEEP IN MIND THAT THIS PAGE REPRESENTS SOME 8 YEARS OF OUR EXPERIENCE AND EMAILS FROM PATIENTS, SO THE WHOLE PAGE REFLECTS A CHANGING ASSESSMENT FROM START TO BOTTOM OF PAGE.

This Clinic is one of the main Direct Injection Clinics in the world and has been treating many Western patients for more than a decade.

They have several important differences in their treatment protocol from those of North America and Europe;

What are the Pros and Cons of seeking treatment at this Chinese Clinic?

NB: From time to time we get accused of being an "Agent" of a Prostatitis Treatment Clinic. Depending on the degree of wackiness of any one accuser, this has included any and all Clinics, with the Chinese Clinic being at the top of the list.. FOR THE RECORD, WE HAVE NO AFFILIATION OF ANY KIND WITH ANY CLINIC, OUR OBSERVATIONS AND RATINGS ARE THE RESULT OF OUR OWN TREATMENT EXPERIENCES AND THOSE OF THOUSANDS OF PATIENTS WHO HAVE WRITTEN TO US. If you can find assistance through what you read on this website about any one Clinic, you are welcome, however do your own due diligence thoroughly, ask any Clinic for references of recent past patients and email them directly yourself.

Summary: Their unblocking formula phase and the longer treatment time appear to be the crucial difference that sets them apart from all of the North American Clinics. 2  However, as with all Clinics, do your own due diligence carefully. 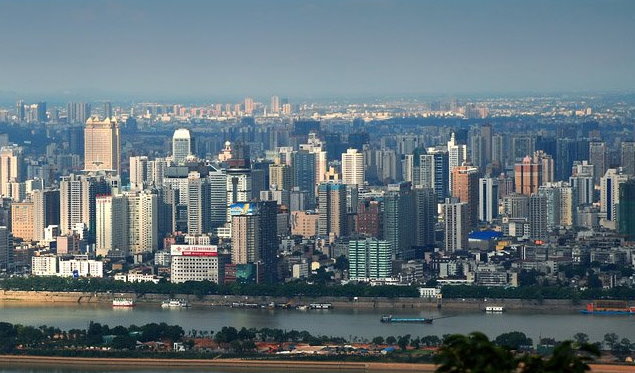 An awful lot has changed at Dr Song's Clinics since we wrote this article 7 years ago..
We have had many discussions with patients of Dr Song in respect of both Xiantang and Changsha Clinics over the last 18 months.

Of course, with Covid, both Clinics are deserted; China still as at this date requires 14 days of Quarantine upon arrival of any visitor.

A summary of patient correspondence from now back to the beginning of 2019 is as follows:

1/ No patient has received anything more than a brief improvement in symptoms, this is a reported consequence for many before they even left the clinics, a lucky few retained the minor improvement until they arrived home.
As Dr Song's treatment is extremely expensive, it has been doubly gutting for his patients, arriving home to a continued life of misery and pain, and for many, the need to earn money at every opportunity to overcome the steep fees they paid.

2/ Every patient has reported that both clinics still suffer from poor hygiene. Dr Song is notorious for penny pinching, so it's safe to say the treatment room surfaces at both clinics are still not wiped down with alcohol on a daily basis.
This means that, ironically, patients coming with resistant infections are at a monumental risk of contracting serious resistance infections as a consequence of being treated in these dirty, unhygienic rooms.

As a general rule of thumb, the chances of being "cured" in any way at Dr Song's clinics is very likely to be less than 10%.
Three main facts determine this; A/ Unhygienic conditions. B/ Patients are coming with infections that are greatly harder to treat than just a few years ago. This coupled with Dr Song's inability to obtain a broad range of reserve antibiotics, results in a double whammy - very difficult resistant infections and an absence of crucial drugs.

Dr Song has a long history of not telling the patient when he sees their inhouse tests, that he has no antibiotics to treat the degree of resistance reported. Instead, he will go ahead and spend up to 4 - 6 weeks injecting the patient and taking their money knowing full well the treatment will fail. All through treatment, few patients have the slightest idea of what's really happening, such as they are desperate for treatment to go well and accordingly place their trust in the Doctor treating them. (This situation is exactly the same at both Clinics, although Dr Song is not the attending Doctor at Changsha, he owns both Clinics and sets the policy for both, with an iron fist).

Resistance, lack of drugs, greed and dishonesty have sadly reduced Dr Song's clinics to being a great risk to the health of patients who go there. 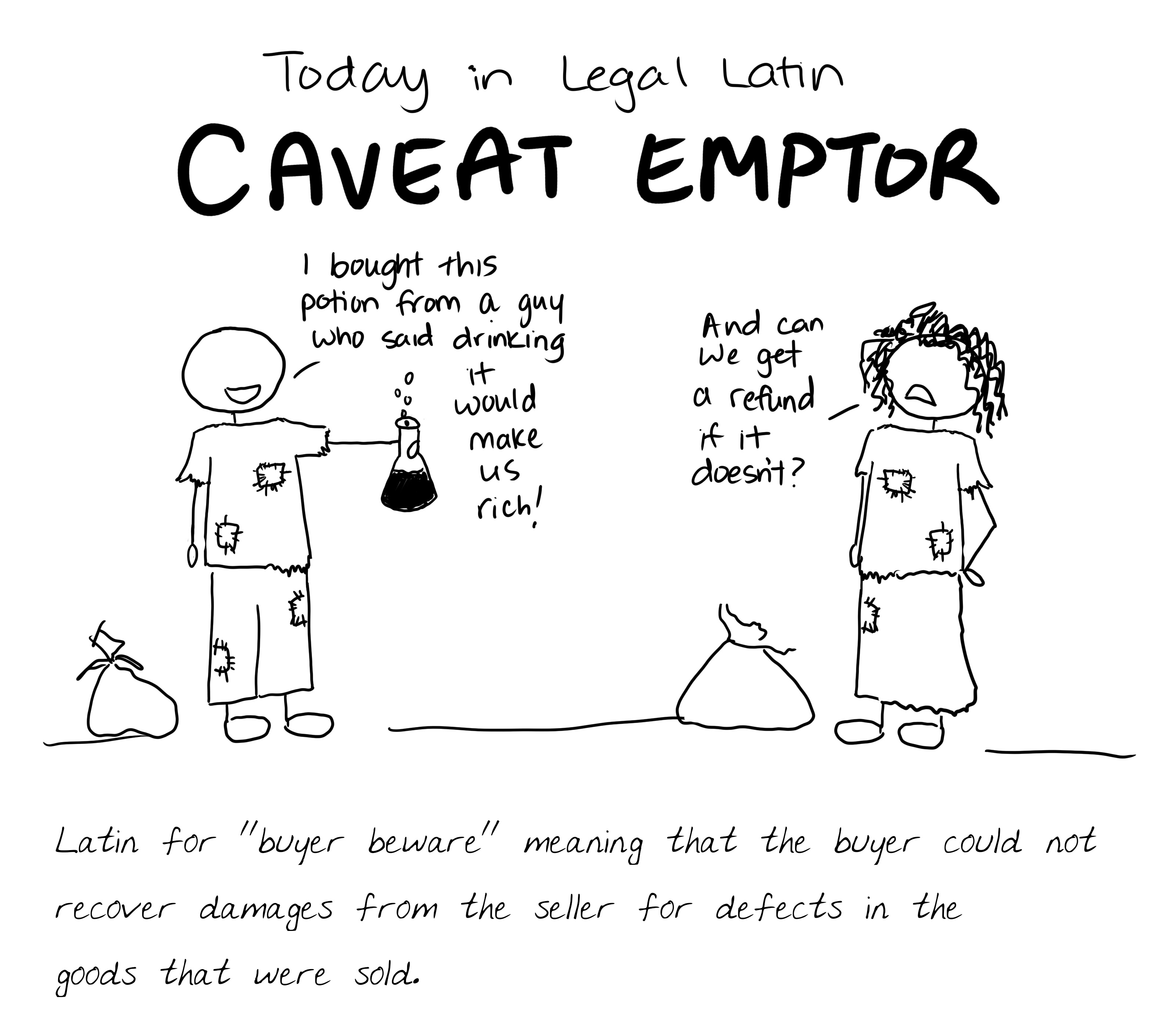 INTERESTING: Now this is really interesting; in the few days that the above update has been online, it has been seen by apparently, a former patient of Dr Song's who was at his clinic during the time period late 2007 when a number of patients were infected with Hepatitis C. This patient has offered to write up a detailed expose of events.

It appears we might be able to publish this in the next couple of weeks, and this may for once and for all, tell us exactly what happened regarding an event which has been often mentioned over the years online, with complex accusations, denials and much vehemence from people who weren't even involved !

APRIL 2021: We have now spoken at length (nearly 3 hours!) with a USA patient regarding this "Hepatitis Event" and summarize the conversation as follows..

Patient X states the following: "I was treated at the Changsha branch [apparently just one branch only at that date - Ed] by Dr Song. In December 2007, there were 10 patients being treated, one of them was a "John Kennedy" who we were to find out much later had been positively diagnosed with Hepatitis C, genotype 2a. For some reason or other Dr Song had decided he would concurrently "treat" Kennedy promsing him he could easily cure him. 2 injections a day, every day including Sunday were provided to the 10 of us for the whole month. In the new year, one by one, we proceeded to go back to our respective countries, naturally after such an experience promising to keep in touch with each other. Around March, I was contacted by several patients from our treatment group who had developed troubling symptoms quite unlike their former infectious prostatitis problems, and on investigation and testing, 6 patients in total tested positive for Hepatitis C, genotype 2a. By a small miracle, I personally never developed symptoms.. However, numbers don't lie, out of our group of 10, a total of 7 including patient Kennedy, by then, had tested positive for HepC, type 2a. A storm of controversy rose with all the dynamics of a major battle/offensive. When all the dust started to clear, we could come to no other damming conclusion than that Dr Song had not only unwisely [in fact illegally - Ed] proceeded to include a notifiable infectious patient in our group, but had used the same syringes and needles for the whole daily group of 10 patients, whether it was the same needles and syringes (2 of each) on a daily basis, or whether he stretched out their use for several days at a time we will never know. [Ed - reusing syringes and needles used to be a common event in medicine in China, every hospital had a room where several people rinsed, dried and repackaged syringes and needles. In Dr Song's case, he was receiving in the order of US$150K a month in fees from his 10 patients and only an extremely unwise practitioner would put his business at risk by reusing one-time equipment]. Dr Song initially agreed to compensate/pay for HepC treatment for the positive patients, however, apparently on the urging by Kennedy who was some kind of bush lawyer, he retracted this offer. One patient in the UK hired a local lawyer and involved the Hunan provincial medical authorities, which threw Song into a panic, reversing his refusal to compensate. In short, the patients who had substantial means were confidentially offered compensation, numbering 3, and the other 3 who were by this point dirt poor, having borrowed money to pay for treatment, heavily in debt, and were abandoned by Dr Song. Of course, the problem was in getting redress, it was impossible to prove what Dr Song had done. His clinic was closed fror 3 months as a penalty based on a technicality when they found one of his treatment rooms had not been registered with the local medical authorities. Cost to Dr Song? Compensation to several patients, closed for 3 months, all highly affordable given a number of years of having accumulated a high income from the clinic. However, several of us kept in contact for several years after, also with Dr Song's then-Chinese office assistant who told us that the "allegations" that tainted his clinic caused him to lose many patients for some years before people started to forget/get tired of it/old content on the internet started to slip out of the Google search listings. As for the 3 "poor" patients, I lost touch with them early on, they were devastated and in a bad way. The UK patient who went to the authorities, recovered from HepC but his infectious prostatitis "recovery" relapsed and last time I heard from him he was having his prostate removed. Ok, that's it, nearly 8 years have passed now and I've not heard from any of our group, the evidence against Dr Song was damming, there was no other way Kennedy's HepC could have infected a good part of our treatment group without Dr Song having reused needles and syringes. Even if I had to have injections treatment done anywhere again, obviously I would never go near Dr Song, I saw him as a thoroughly disreputable, dishonest person, especially in the disgraceful way that he discarded his responsibility to his patients.

[Ed - I have endeavored to write a faithful synopsis of the long discussion we had with this U.S. patient; I will revisit this and revise where necessary once I have followed up on a few more questions that have occurred to me to ask].

© 2021 www.Prostatitis.Support - On this website I tell my Story about dealing with Prostatitis as freedom of expression and opinion. Whatever you read is my personal Story and may bear no relationship to you or your situation. You should always discuss anything regarding your personal health with your professional care provider. www.Prostatitis.support is a participant in the Amazon Services LLC Associates Program, an affiliate advertising program designed to provide a means for sites to earn advertising fees by advertising and linking to Amazon.com, Endless.com, MYHABIT.com, SmallParts.com, or AmazonWireless.com. Amazon, the Amazon logo, AmazonSupply, and the AmazonSupply logo are trademarks of Amazon.com, Inc. or its affiliates. Further, buying from links on this site may result in us earning a commission, from, but not limited to, the eBay Partner Network.