Looking Back - A Contest for the Worst Urologist - 1

A psychologist would probably counsel me to put things in the past.. however the sheer number of daily emails on this site from Prostatitis sufferers and the incidents they relate to me about.. UROLOGISTS has had me thinking back to some of the most ridiculous, excuses for a Doctor that I ever met: 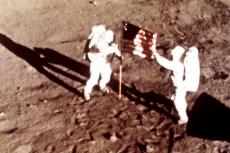 Way back, in the never-ending midst of confusion of what was happening to me and how I was ever going to get out of it, I had pleaded, demanded, begged.. for an EPS test to be cultured to "prove" again that this wasn't all in my mind, that I wasn't wasting anyone's time (actually my money).. and.. I got a positive result for a strongly pathogenic infection of e-coli, the original infection, the source of my problems for years that only I seemed to know about. It had for some reason started to become more active and therefore showed up in a test instead of the usual never-ending run of "negatives", a week later we did the same test again, same result and a week later, again.

Now I had three consecutive positive cultures with most of the drug sensitivities marked "R".This time, I was sure I had enough proof to take to one more Urologist who would then unlock one from his arsenal of the two reserved antibiotics still showing "S" and initiate a longish period of IV's.
He listened, he read the lab. reports, he said he would formulate a course of action and send it to my family doctor.

A letter duly arrived with my doctor, an appointment was made for me to see him bringing the expense total for the 3 tests and two doctor visits to $500+.

The letter stated "I see there are 3 consecutive positive laboratory results indicating an e-coli infection. Maybe there is some truth to what this fellow claims. I suggest you consider monitoring the situation, I do not intend to see this man again.."

It was around this time that the rank dishonesty of some Doctors was starting to filter through to me. The above Urologist made his money doing urological theater procedures, seeing me was chump change and he couldn't wait to take a one-time fee and get me out of his sight.

If you've got similar experiences, or better, positive ones of Doctors you've come across in this journey seeking a prostatitis cure, let me know in the comments box below.